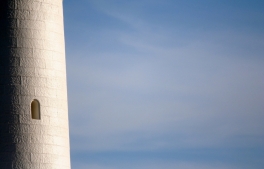 I’ve read a lot of references recently to Gatekeepers being at work in British poetry; editors blocking voices they deem ‘unworthy’ of entry into their ivory tower and ushering in swiftly the Chosen Few. As a poet who has been pestering editors for the last ten years with my (admittedly hit-and-miss) poems, but who has over this time had a few significant successes along with the usual countless rejections, I find this Gatekeeper talk troubling. I want to try and set down why.

The implication is, I think, that white, male editors of (probably) over a certain age, are by rejecting work they don’t like maintaining their own cultural dominance and that of those who share their aesthetic tastes. The further implication is that these tastes represent and reflect white, male social/political domination in general and its continued suppression and repression of the ‘the other’. Perhaps those who make the Gatekeeper allegation would argue also that the problem is that editors are rejecting work they don’t understand (which by this argument is presumably why they don’t like it) because it reflects a racial or social aesthetic outside their known critical parameters. **I hope I am not misrepresenting the Gatekeeper allegation here, if I am, I would welcome comments below**

The problem with this is that it only looks at the situation from one perspective – the Macro. Looked at from the individual perspective of the editor, things seem very different; an observation illustrated perfectly by Michael Schmidt of PN Review in a recent interview in which he told of his exasperated reaction to these sorts of allegations: “I built the fucking gates!”. When someone has spent a lifetime creating a cultural repository and not only put their energy and creative spirit into it but quite possibly gambled with their own capital and livelihood to keep a magazine going for ten, twenty, thirty years it seems like a reasonable thing to a) protect, and b) claim some ownership of. Requesting that an editor forego the right to include in a magazine only those poems they feel meet their personal criteria for ‘good enough’ is like asking someone to relinquish the right to allow or deny entry into their house.

The idea of an ivory tower from the perspective of its gatekeeper, then, takes on a different aspect – not to keep out but to keep in, to maintain and protect. There is, after all, a huge amount of poetry out there, and if it were up to the poets themselves whose work got into magazines it would all get in and there would be no magazine.

That is not where it ends though, because poetry, perhaps more than any other single cultural sphere is the preserve of educated middle classes – and until fairly recently that meant white, relatively well-off and (probably) within the ‘liberal’ range in one direction or another of the political left-right nexus. To that extent the whole medium of expression is an ivory tower. I’m not saying that every poet fits neatly into this ‘educated middle class’ mould, just that those who don’t are exceptions rather than the rule. This has, of course, changed because the social demographics of the country have changed. But my feeling is that social changes hit poetry a little later than other cultural spheres simply because it is so much (traditionally at least) the domain of the ‘comfortable’. Most poets who have found themselves published have not had any particularly strong impetus to support a structural change within poetry because they have succeeded under just those existing structures.

We do ourselves and existing editors a disservice if we lambast them for not being what we would like them to be – we should be celebrating what they have achieved and appreciating the benefit we can gain from their experience. Every rejection after all causes (or provides the opportunity for) reflection on the quality, style etc. of our work. I’m not the only poet presumably who returns to rejected work often only to wonder what possessed me to submit it in the first place!

We need more editors of colour, more female editors, more LBGT editors, and we need those editors to be accepting work that fits with their ideas of what constitutes good poetry – but I don’t see why that also means we need to criticise current editors for successfully establishing and maintaining their businesses.

2 thoughts on “The Ivory Tower and the Gatekeeper (mini-essay)”